The FDA in America has classified fluoride as a drug. People have a choice whether or not to take a drug, so the Irish people are simply being mass medicated against their will. This must be stopped! Where you ever asked for your consent to be medicated?. Ireland has been fluoridating the water supplies since 1964. “Since then fluoride has never once been tested for safety to assess its impact on human health, even though under the 1960 water fluoridation health act, the government is required to test for possible adverse health effects. Doses of the fluoride drug/chemical into the body cannot be controlled, for example, an athlete will drink more water than the average person, and what about someone who drinks vasts amount of tea on a daily basis?, and babies who totally rely on fluid, are people being more damaged in the summertime when fluid intake is higher? are some people being “OVERDOSED?” I think the common sense answer to this question is a resounding “YES”! As far back as 2007 a Donegal survey by Dr. Peter Mansfield into the fluoride levels of 32 subjects, concluded that only nine people tested within a safe intake with one urine sample being four times higher than what is regarded as safe, while four others were twice the limit. Read the full report here- http://www.derryjournal.com/news/levels-of-fluoride-in-inishowen-water-unsafe-1-2116696

Fluoride is not just in the water but in every food and drink product that is made using tap water in Ireland, as well as in most toothpaste. The level of fluoride in drinking water in Ireland has been set at between 0.6-0.8 parts per million (PPM) nearly one part per million, studies have shown this to be not a safe level. But apart from that simply put “there are no safe levels”, this chemical waste product should not be ingested by the human body at all in any doses whatsoever.

In an interview with Vin Byrne on Peoples Internet Radio  http://peoplesinternetradio.com, Aisling Fitzgibbon a young Kerry woman who donned the mantle “The Girl Against Fluoride” to raise awareness spoke about some of the fluoride levels in some Irish products that she got tested in a private laboratory in Co. Louth. Cheese came in at an astounding  29 PPM, Cider at 9 PPM, Oats 3 PPM and butter at 5 PPM. Listen to the podcast here- http://podcaststorage.weebly.com/uploads/1/2/8/9/12897302/pod-joe-murphy-aisling-fitzgibbon.mp3 Most Irish brewed beers and stout are also brewed in fluoridated water. There are astoundingly high levels of fluoride in foods simply because tap water is being used in production. I wonder how this is tolerated in Europe? exported Irish products are saturated with fluoride while it is banned in most of Europe and there is an EU directive already in place against food prepared in fluoridated water. Is it a coincidence that there are many more cancers and diseases around today that never existed years ago? Is there a connection? Well, the precautionary principle needs to be exercised here, avoid fluoride as best you can until it is removed.

If you want to get involved in trying to get Fluoride removed from your drinking water or you just want to protect yourself and your family well there are many solutions.

2)      CARRY WATER FROM A WELL, or buy water, there is a good well in Burt on main Letterkenny Road , and at the Youth Club in Buncrana.

3)      USE A FLUORIDE FREE TOOTHPASTE and do not use tap water to make formula milk for bottle-fed babies.

4)      LOBBY YOUR LOCAL COUNCILLORS AND TD’S to get fluoride removed as a matter of urgency, and educate them to the unknown dangers of having this in the drinking water. While the government are trying to introduce water charges, this may be the ideal time to demand to get fluoride out and ask yourself the question why would you pay for something that can and will harm you?

5)      START YOUR OWN LOCAL ANTI-FLUORIDE GROUP, keep yourself informed “do your own research”, keep in touch with like-minded people by joining the Facebook page “Freedom from Fluoride” and help Aisling Fitzgibbon who is taking legal action on behalf of the Irish people against the Irish government on the fluoride issue. She is trying to raise money to help with costs YOU CAN DONATE HERE- http://thegirlagainstfluoride.com/Aisling_fitzgibbon.html 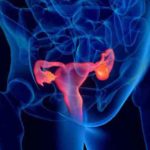 Can Traditional Chinese Medicine (TCM) be used in the treatment of ovarian cysts? Yes, it can and quite successfully too. Acupuncture and herbal medicine are the main healing modalities at the forefront of combating this most common of ailments that can afflict many women sometime in their lives.  There are many types of ovarian cysts […]

So you think everyday appliances that you accept and take for granted in your home are safe? ….well think again! Dangerous Electro Magnetic Fields (EMFs) are produced today by many items in your home.Is your Wi-Fi safe?, is that digital wireless monitor harming your baby?, can you believe that your harmless looking DECT home cordless […]

Like I mentioned last week there are many successful treatments for cancer besides the Western Medical treatment of chemotherapy. It’s very understandable that people who get a cancer diagnosis would immediately go to their Western doctor for treatment before coming to a Natural practitioner of medicine. People generally are of the opinion that Western medical […] 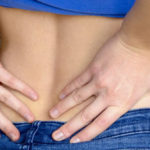 Acupuncture for all Back Pain Back pain is one of the most common reasons people see an acupuncturist. It has been estimated that up to 80% of the world’s population will suffer from back pain at some point in their lives, with the lower back at the most common location of pain. Although most episodes […]