So you think everyday appliances that you accept and take for granted in your home are safe? ….well think again! Dangerous Electro Magnetic Fields (EMFs) are produced today by many items in your home.
Is your Wi-Fi safe?, is that digital wireless monitor harming your baby?, can you believe that your harmless looking DECT home cordless phone actually pulses out microwaves 24hrs a day even if it’s not in use? Can they affect the heart? could they be the cause of some cancers? And could certain members of your family be more susceptible to this form of radiation than others? You will be surprised at the amount of information and scientific data, and controlled tests that point to the fact that Electro Magnetic Fields (EMF’s) produced from Radio Frequencies (RF) especially the Pulsed Microwave variety of your Wi-Fi router, Digital Wireless Baby Monitor and Home Cordless Phone may be very damaging to your health. In 2011 The World Health Organisation(WHO)/International Agency for Research on Cancer (IARC) has classified radiofrequency electromagnetic fields as possibly carcinogenic to humans (Group 2B), based on an increased risk for glioma, a malignant type of brain cancer1, associated with wireless phone use. Read here- http://www.iarc.fr/en/media-centre/pr/2011/pdfs/pr208_E.pdf
I have uncovered some hard-hitting facts that everyone should be aware of, and how you can simply and easily protest yourself with a little bit of effort and diligence.
Cordless Phones
Most cordless phones and baby monitors used in the home today are DECT (Digitally Enhanced Cordless Technology). These cordless phones as do baby monitors continuously emit microwave radiation at full power 24 hours a day. Cordless phones emit radiation whether they are being used or just sitting idle in their base station and they pulse out microwaves 24/7, this is actually similar to having a mobile phone mast in your home. This exposes people and babies to unnecessary microwave radiation and has been raised as a potential health concern by scientists and doctors in many countries. If you have a cordless phone and a baby monitor and a Wi-Fi router all running in your home at the same time then your health and the health of your children could be seriously at risk over a period of time. In 2010, Dr. Magda Havas, Ph.D., an electro-smog and electro-sensitivity expert, published the results of a ground-breaking study in the European Journal of Oncology. A cordless phone base station was used and demonstrated that wireless EMFs can adversely affect heart function and heart rhythm as well as many other symptoms. To read the study just type into google- havas heart study.
Baby Monitors
Most baby monitors are now advertised as using DECT phone technology which runs
2.4 GHz which is the same as the microwave oven frequency.
With ‘talk back’ digital baby monitors, where parents can talk back to the baby, both units continuously emit pulsing radiation, not just when the baby is making a noise or the parent is talking to them.
Babies and children are more at risk because of their thin and developing brain barriers, Hence, a child’s brain is extremely sensitive to the effects of any type of EMF radiation
Babies are more at risk because of the close proximity of the monitor to the baby’s head. Parents too because of the close proximity of the monitor receiver to their head at night or during the day. To inform yourself more, please do your own research, just “google” the dangers of cordless phones, baby monitors and wi-fi.
As well as serious dangers to health, pulsing digital monitors seem to be far more disruptive of the infant’s sleep and state of contentment causing restlessness, irritability, and crying.
Warnings
So why are there no warnings on these appliances to inform us of these dangers? Simply put: the” industry” driving all wireless technology unto the market has far too much power and money and can influence politicians and governments as well as all the NGOs and health watchdog organisations. Also as well as that most people take it for granted that wireless technology is safe. Safe levels for microwave radiation whether it comes from a cordless phone, wireless internet router or baby monitor are all based on levels considered safe if they are not high enough to heat you or cook you. The non-thermal effects are not considered. Isn’t that absurd and irresponsible whenever there are many studies on the non-thermal effects of microwave radiation by imminent doctors, professors and scientists. But don’t panic, there are many solutions and next week in Part 2 as well as looking the dangers of Wi-Fi use, and we will be looking at solutions and the many ways you can protect your self and your family from the damaging effects of EMF’s. in the meantime check some things you can do here to make yourself safe- http://wavegoodbye.info/ 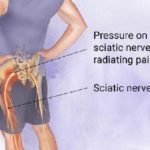 Welcome to this part 6 of treatments for cancer, hope you all enjoyed last weeks article on apricot kernels (laetrile), can you believe that something so natural can be so powerful?….well yes!!!  there are no chemicals or drugs made by man as powerful as one made by mother nature, every cure known to man ultimately comes […] 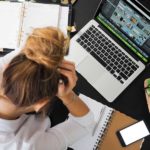 Stress and anxiety are now very common ailments in today’s overly fast-moving world. There is a very large gap between what’s expected from you from society and what you really want to do and be. In today’s failing monetary system we have financial pressures, the like that we have never seen before in the past, […]

So you think everyday appliances that you accept and take for granted in your home are safe? ….well think again! Dangerous Electro Magnetic Fields (EMFs) are produced today by many items in your home.Is your Wi-Fi safe?, is that digital wireless monitor harming your baby?, can you believe that your harmless looking DECT home cordless […]